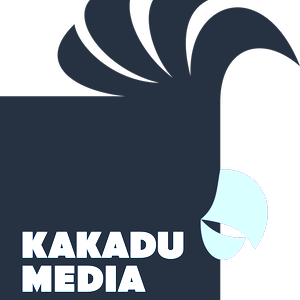 Case Study: How We Got One Channel One Million Monthly Views

Develop a Branded YouTube Channel and Build Your Subscriber Base

While video advertising is fast becoming the bread and butter of digital marketing, streaming video content is overtaking traditional video by leaps and bounds. It should be no surprise that YouTube is on the forefront of this change. Of course, YouTube is a leader thanks to more than just cat videos and viral uploads from everyday users, and it gained traction long before it entered the original content market. Influencer marketing is powered by social video, especially on YouTube.

Yet you don’t have to wait for the right influencer marketing opportunity to take advantage of what YouTube has to offer. If you’re not already leveraging YouTube to provide engaging content to your audience, you should be, and you should be using a branded channel to do it.

Who Are Branded Channels For?

Broadly speaking, YouTube’s branded channels are for anyone that consistently has something to say. A simple vlogger can develop their channel into a brand – that’s how influencer marketing really got its start!

Once brands fully realized the power of video, they started with sponsoring channels and advertising, but they were quick to realize they needed their own branded channels too. These aren’t just brands trying to reach the youth, either.

This doesn’t even consider the fact that YouTube is the third most visited site (only behind its owner, Google, and Facebook) and ranks as the second most used search engine, just behind Google. Any brand that wants to be found and heard needs to leverage YouTube.

Having a branded YouTube channel also provides the opportunity for small or virtually unknown businesses to break out and get a lot of attention. It worked for both ModCloth and LSTN. At the same time, big name brands have also latched onto the direct engagement that YouTube provides. In 2017 alone, LEGO and Red Bull are the brand leaders with 5.59 billion and 1.94 billion uploaded video views, respectively.

What Using a Branded Channel Offers You

Now think about the fact that the number of YouTube channels that earn 6 figures annually has grown 50% YOY. While most people think of that in terms of individual content creators, you have to bear in mind the fact that a channel doesn’t raise that much revenue from the ads that air with its videos. That money comes from driving sales with powerful CTAs.

Furthermore, when it comes to learning about products and services, 4x more consumers want to watch a video than want to read about it. Half of internet users will look for these types of videos before they’ll ever visit a store. Your branded channel will deliver information in the format your audience actually wants and that influences them the most.

Plus, you shouldn’t forget that a branded YouTube channel works hand in hand with your YouTube advertising, too. When you use TrueView ads, users that are simply exposed to your ad are 10x more likely to visit and subscribe to your branded channel. More importantly, they’re also 10x more likely to watch more of your branded videos or to share them.

If they either watch your entire ad or watch at least 30 seconds of your ad, that jumps to 23x more likely for each aforementioned action.

Only 9% of small businesses are on YouTube, but collectively, Interbrand’s Top 100 Brands upload new videos to YouTube roughly every 18 minutes. That means that your business is either in the position to become a thought leader, or it needs to put itself on the same level as its competition. When video is this powerful, you can’t afford to miss out on the most valuable platform.

Download Case Study: How We Got One Channel 1 Million Monthly Views

Why Partner with Kakadu Media?

Video is so powerful that it’s a boon to any brand that can leverage it successfully. However, that execution doesn’t come easily to every company. Your company needs to come off as knowledgeable, professional, and empathetic to customer pain points, and you can’t afford to make a bad impression. You also may not have the in-house talent (that is, the people in videos), tools, technology, or training to make polished videos on a regular basis while staying on budget.

Working with Kakadu media can take all of that off your plate. Contact us for a consultation today and find out how we can: